Q: I floss, but why do I still get cavities?

A: I often get this question. Some patients have impeccable hygiene, brushing more than twice daily and flossing several times per day as well. Yet they still get cavities. This often leaves them disappointed and wondering if there is even anything that they can do.

The Short Answer... The foods we consume and the frequency with which we consume them are the strongest predictor of cavity risk. The more frequently foods or drinks containing sugars pass through the mouth the higher the likely hood of developing cavities. To the point where flossing and brushing will not likely do as much as we would like to prevent them from occurring.

The Unorthodox Solution...... Go Keto..... joking aside... Binge rather than snack...Having all your sugars in one sitting or rather "period of time" is less damaging than having your sugars "throughout the day". In other words, fewer instances of sugar consumption daily.

Why are acids a problem?

These acids eventually damage the outer enamel layer of our tooth slowly dissolving it. (Fun fact #1: Tooth enamel is one of the hardest biological tissues in the natural world) As the enamel becomes weaker and more compromised, it eventually becomes more porous and a better home for the bacteria. With more damage the enamel layer eventually breaks down and the cavity process reaches the softer under structure- the dentin. The dentin is less mineral based and more protein based so the cavity process spreads much faster and can also become self sustaining when other bacteria join the party. These other bacteria can actually consume the tooth, compared to the acid bacteria which were simply damaging the tooth passively.

How quick are the acids released?

The acid releasing bacteria start consuming the sugars immediately once the sugars hit the saliva. They also start soaking up lots of excess sugar that they can't actually consume immediately. This leads to several problems; to a rather quick acidification of their immediate residence- usually between our teeth; a store of sugar for their consumption later; and a sustained acid release well after we finish eating our snacks.

The acid attack starts in as little as a few minutes and can last in the range or 30 minutes- to up to an hour from the time that sugar entered our mouth. So thinking about this, if someone is sipping a sugary drink or snacking on a bite here and there during the day, effectively they are experiencing the acid insult on the tooth for the whole day. If the sugar exposure is sporadic during the day then the acids can get neutralized/diminished, in some people as quick as 30 minutes after onset. This would be a much more balanced situation which would also allow the minerals naturally found in the saliva to counteract some of the superficial acid insult that occurred.

The Sugar bugs are normal inhabitants in our mouths along with many other bacteria. So eliminating them is unrealistic and nigh impossible. (Fun fact #2- Not really a fact, just the word 'nigh') The best approach we have is to manage their presence.

How We are Keeping You Safe

Veneers are an ideal cosmetic solution for everyone who desires a beautiful smile with minimal invasions into their teeth.

We believe dental care should be a pleasant experience for the whole family. Groove Dental is a friendly family dental clinic...

Regular professional dental checkups and cleanings combined with your daily brushing and flossing routine are essential to your best oral...

Helping patients achieve a healthy smile is what’s important to us at Groove Dental. If you want your pearly whites... 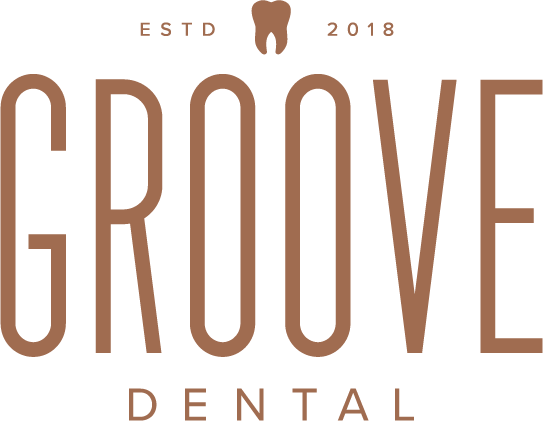 We are happily accepting new patients & emergencies while providing our full suite of dental care during the Covid-19 pandemic. We continue to adhere to all public health measures, guidelines and recommendations to ensure everyone’s safety.  To Learn More, Please Click Below for More Covid-19 Information.